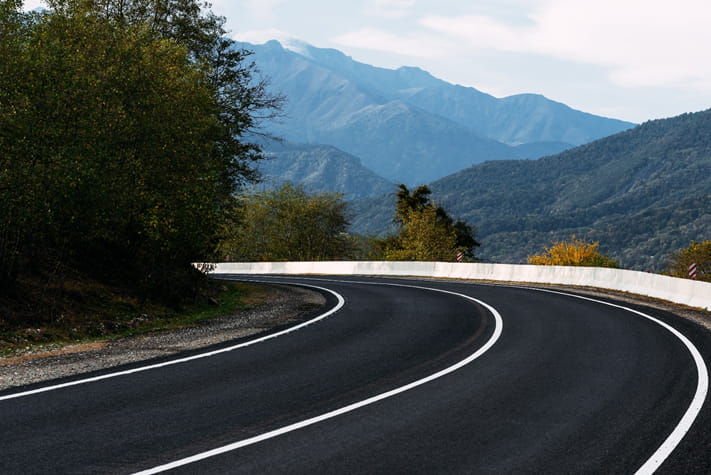 As experts in infrastructure services, we can tell you that our roads and highways are literally held together by asphalt and concrete. These are the materials that form the pavements we walk and drive on every day. But what’s the difference between them and what qualities set them apart? In this blog post, we dive into their differences and compare their disadvantages and advantages.

Concrete roads are made up of aggregates (rock, lime, or gravel) and cement, which acts a binder. Asphalt roads are the same except its binder is asphalt, a semi-solid form of petroleum. Most paved roads in New Zealand and around the world are made with asphalt, including the United States and the United Kingdom, where over 90% of paved roads use it. The popularity of asphalt roads is mainly attributed to their low cost and quick production. Concrete road surfacing, however, remains in high demand due to its durability and low maintenance qualities.

Advantages of Concrete over Asphalt

Concrete roads are 100% renewable, made from water and cement, and typically only need to be relaying every 20 – 40 years, compared to asphalt roads which need relaying every 10 years. Most commercial asphalt is also not obtained in natural form, but rather through the distillation of crude oil.

Advantages of Asphalt over Concrete

The rough granulated texture of asphalt roads enables them to have greater traction, and better skid resistance than concrete roads. What’s more, asphalt’s heat absorbing black surface can better defrost winter ice, greatly reducing the chance of slippery, frozen roads, which can be a major hazard.

It takes much less time to lay and reseal an asphalt road than a concrete road. Because of the material’s flexibility, damaged asphalt road surfaces usually only require a quick patch, compared to concrete, which often requires entire slabs to be removed. This means that concrete roads come with a higher paving cost than asphalt roads, and the cost of repairs is also significantly higher.

Asphalt roads are also known for reducing noise pollution, a quality that has been attributed to its texture. According to a 2013 study by the World Road Association, asphalt roads were able to reduce sound by up to 7 decibels.

Decided that asphalt is ideal for your project? If you’re looking forAsphalt contractors in Auckland, talk to the experts here at Traffic Systems LTD. We can help you install or maintain infrastructure on time and in budget. Contact us to find out more today.

Maintaining and altering roads has long been challenging, time-consuming, and expensive. With traditional civil construction…

Civil construction truly shapes the world around us. It’s responsible for public service maintenance of…

How Pedestrians are Kept Safe During Roadworks

Pedestrian protection is a priority for any roadworks site, big or small. There are many…

Recent Posts
Recent Comments
Newsletter
Subscribe to our Newsletter for the latest in Health and Fitness.
From the blog
Categories
Total Healthcare

ENQUIRE NOW
Back To Top